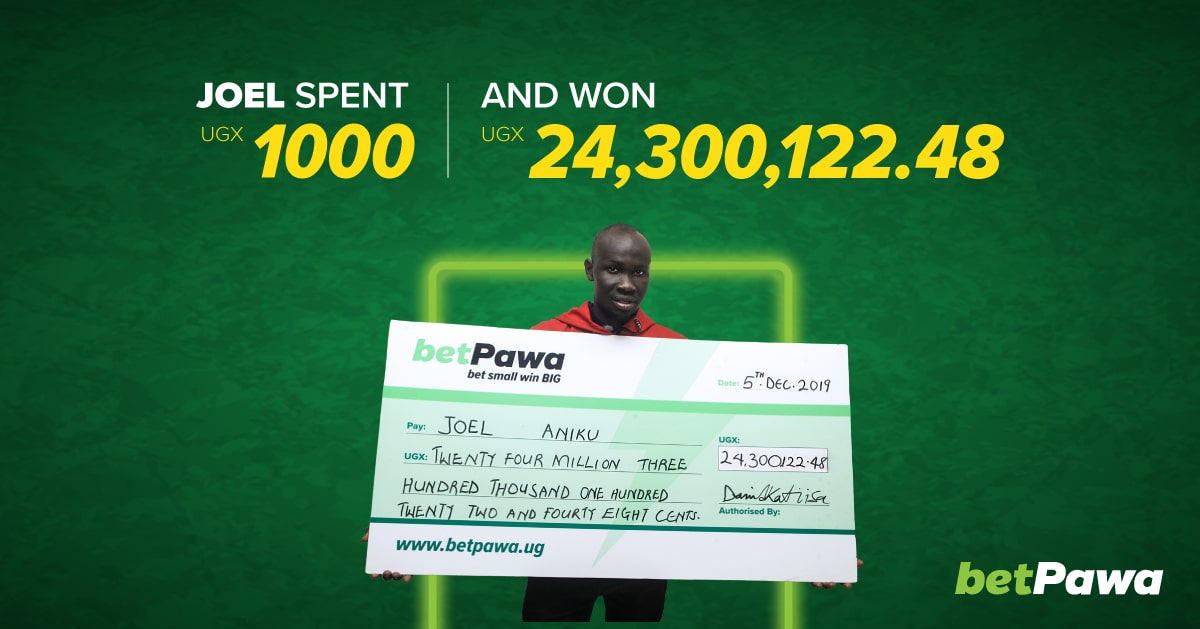 betPawa offer Uganda’s best win bonus for all bets with three legs or more, including 250% for 30 legs.

Joel said: “I followed my betslip until the end and, for real, one game made me worried. It was Sheffield United v Manchester United because I had given the away team over 1.5 and it was the game with the highest odds. Fortunately, the away team made it.

“I was extremely happy because this was my first time winning such an amount of money. At first, I had one plan and was buying a car but, later on, I got to think about something else. So I have unfinished projects I am going to work on, as well as constructing a house for myself.

“I call upon people to bet with betPawa because it’s convenient as you can bet anytime and anywhere, minimum stake of UGX 1 plus the mega win bonus which goes up to 250%.”

What is betPawa’s no minimum stake? betPawa offers its customers the genuine chance to bet small win BIG by allowing users to bet as little as UGX 1.

betPawa is the easiest way to bet online securely. Not only do we offer the best odds and the opportunity to bet small win BIG with a minimum bet of UGX 1 and win bonuses up to 250%, we also provide 24-hour support to customers who need it.

Are you the next BIG winner? Visit: www.betpawa.ug

Your Balance: Loading
Get up to 3x with our ODDS Multiplier
Talk to us on Facebook messenger!